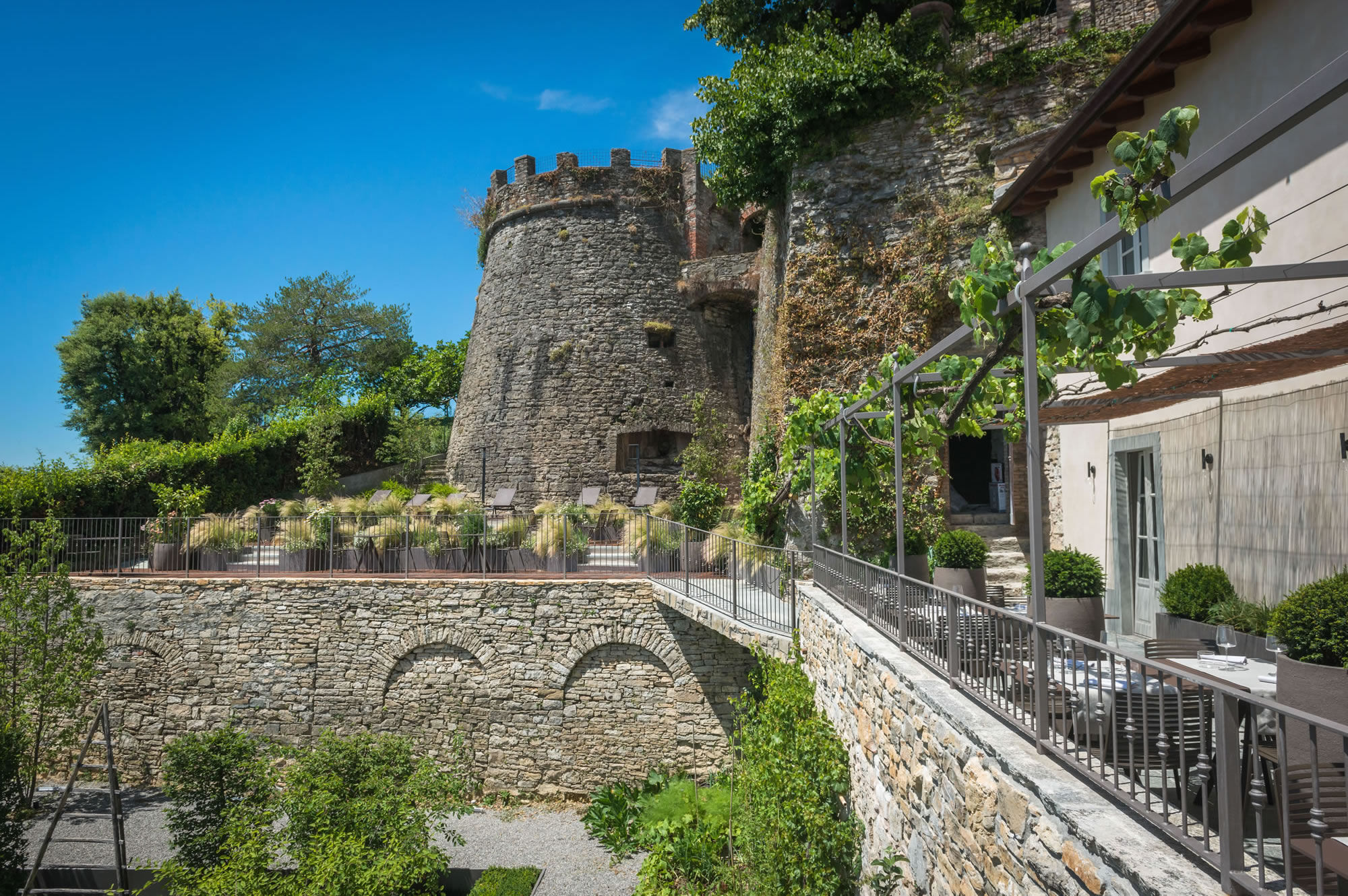 The Castle of San Vigilio, also known as the Chapel, is located at a height of 496 meters on the hill of the same name. All that remains of the ancient Castle are the outer walls with their massive circular towers, the underground vaults, cannon holes, tunnels and a remnant of the ancient moat. Its construction, dating back to the first centuries of the Middle Ages, was undoubtedly motivated by the considerable strategic and tactical importance of the hill, with its dominant position relative to the entire city. This strategic importance of the San Vigilio hill was immediately grasped by the Venetian domination that followed the entrance of Bergamo into the Serenissima (1428). Internal restructuring was carried out by the engineer Bonomi from 1589, in order to improve defense, during which the Chapel was enlarged by two sections of wall perpendicular to those knocked down, so that the new walls could accommodate a “square” for a new church, for the housing of the soldiers and the captain, and for the storing of gunpowder and ammunition. This square, called “lower” was connected to another of larger dimensions; “di Sopra”, by a stone staircase of four Venetian steps (7 metres).

The walls were recognized in 2017 by the UNESCO World Heritage Organization, they are the symbol of Bergamo and subdivide the city in Alta (upper hilltop walled city) and Bassa (lower modern city).
They are an extraordinary architectural construction dating back to the sixteenth century, built by the Serenissima. The enclosure consists of 14 ramparts, 2 floors, 100 openings for guns, 2 powderpots, 4 doors (Sant’Agostino, San Giacomo, undoubtedly the most beautiful and panoramic, Sant’Alessandro and San Lorenzo, the latter also known as Porta Garibaldi).

The splendor of the Upper Town with its priceless monuments: the Palazzo della Ragione, the Cathedral, the Basilica of Santa Maria Maggiore, the Colleoni Chapel.
Expert tour guides will accompany you in groups or with individual tours to discover the monuments and historical places of the city.

An itinerary of great artistic and cultural interest that winds through the territory of Almenno San Bartolomeo and Almenno San Salvatore, not far from the city. Visit the round church of San Tomé, the church of San Giorgio, Madonna del Castello built in Roman times and the charm of Clanezzo with the Venetian Customs, the Bridge of Attone and the suspension bridge over the Brembo river.

Many towns in the province of Bergamo are characterized by small villages. Lovere, Gromo and Camerata Cornello have also been awarded the title of “the most beautiful village in Italy”.
In Camerata Cornello, a village in Val Brembana, the European postal system was born. The museum and the historical center, even if very small, are worth a visit.
Then there are the jewels set on the banks of Lake Iseo. Lovere with its art galleries, churches, towers, palaces and Sarnico, from which you can embark on a cruise to admire the splendid Art Nouveau gardens and villas.

Just 15 km from Bergamo there is Sotto il Monte Giovanni XXIII, known all over the world for being the birthplace of Angelo Giuseppe Roncalli, future Pope John XXIII. There are numerous places of Joan that can be visited: the Christmas House, where San Giovanni XXIII was born; the Church of S. Maria in Brusicco, the church of the Baptism and Cà Maitino, the Pope’s house transformed into a house of memories.
Another place of faith is the Sanctuary of Caravaggio, a monumental building of Catholic worship located in the territory of Caravaggio in the middle of a vast esplanade surrounded by arcades.

The worker village of Crespi d’Adda, Unesco heritage, is a real town built for factory employees and their families. Workers were provided with a house with a vegetable garden, a garden and all the necessary services.
Walking through this place means taking a leap into the past.
It is possible to visit the village independently or with guided tours on Saturday and Sunday.

Bergamo is a city rich in museums.
The Carrara Academy, one of the most important art galleries in Italy. The “Enrico Caffi” Civic Museum of Natural Sciences, the Modern and Contemporary Art Gallery, the Casa Natale(birth home) of the composer Gaetano Donizetti, the Civic and Archeaological museumm and the Palazzo del Podestà are just some of the sites that can be visited.

Treat yourself to a day of relaxation and well-being.
Whirlpool baths, Kneipp path, saunas and relaxation lounges enclosed in a place where history merges with modern design.
For our guests there is a 10% discount on the admission fee.
After the relaxation of the Baths let yourself be immersed in the history and charm of the former San Pellegrino Casino with guided tours inside and explore the various Art Nouveau buildings such as the Grand Hotel, a historic building witness to the Belle Epoque.

Guided tours with electric bicycles for hire accompanied by an expert guide who will show you the artistic beauties of Città Alta, the rock carvings of the ancient Camuni in Valcamonica, the Art Nouveau style of San Pellegrino Terme, the natural and uncontaminated beauties of Val Brembana or the exclusive excursion to Montisola on Lake Iseo, the largest lake island in Europe.

Rent an e-bike and explore the alleys and narrow streets of Città Alta and the hills of Bergamo in complete freedom and with little effort, to discover enchanting corners that are only known to locals.

Would you like to experience the thrill of flying associated with the view of beautiful landscapes seen from above?
The pilot and expert mountain climber Simone Moro will take you on a flight with his Eurocopter 350 to magnificent destinations from Bergamo Alta and surrounding mountains to Lake of Como, Milan and Venice with a possible stop for a sparkling wine tasting in Franciacorta or a lunch or snack in a mountain refuge in the Orobic Prealps.
View the page >

Bergamo is a land rich in food delicacies. From the cheeses and cold meats produced and seasoned in the valleys to the north of the city, to the wine produced in the Valcalepio and Franciacorta area and the famous Moscato di Scanzo(one of the smallest IGPs in Italy). Guided tastings and visits to the cellars can be requested and organized at the reception.

Bergamo and its province offer renowned and highly technical golf courses.
At the hills of Bergamo Golf Club, the Bergamo Golf Club “L’Albenza” and others nearby.
We are pleased to book a green for you and equipment, if needed. 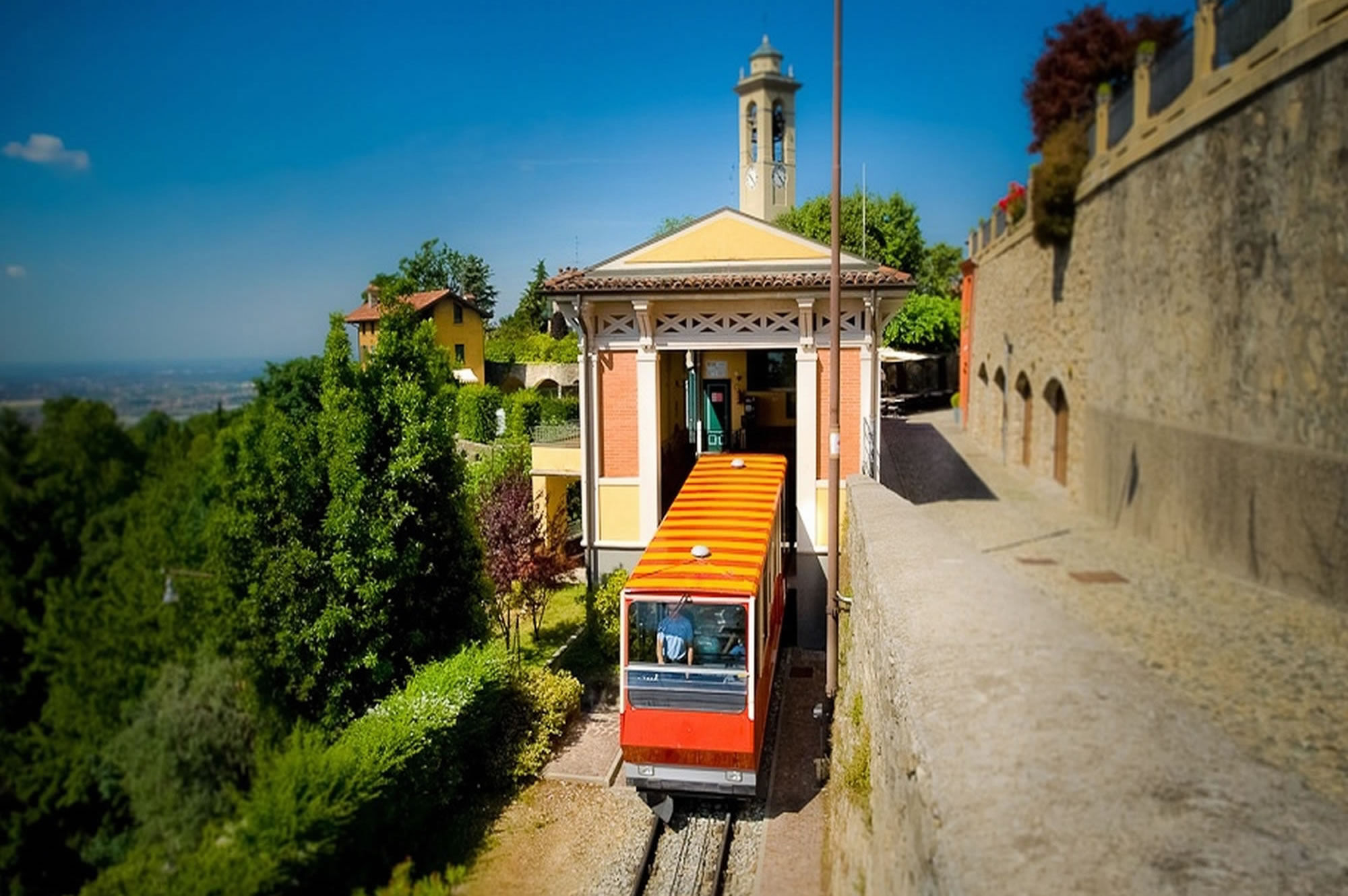 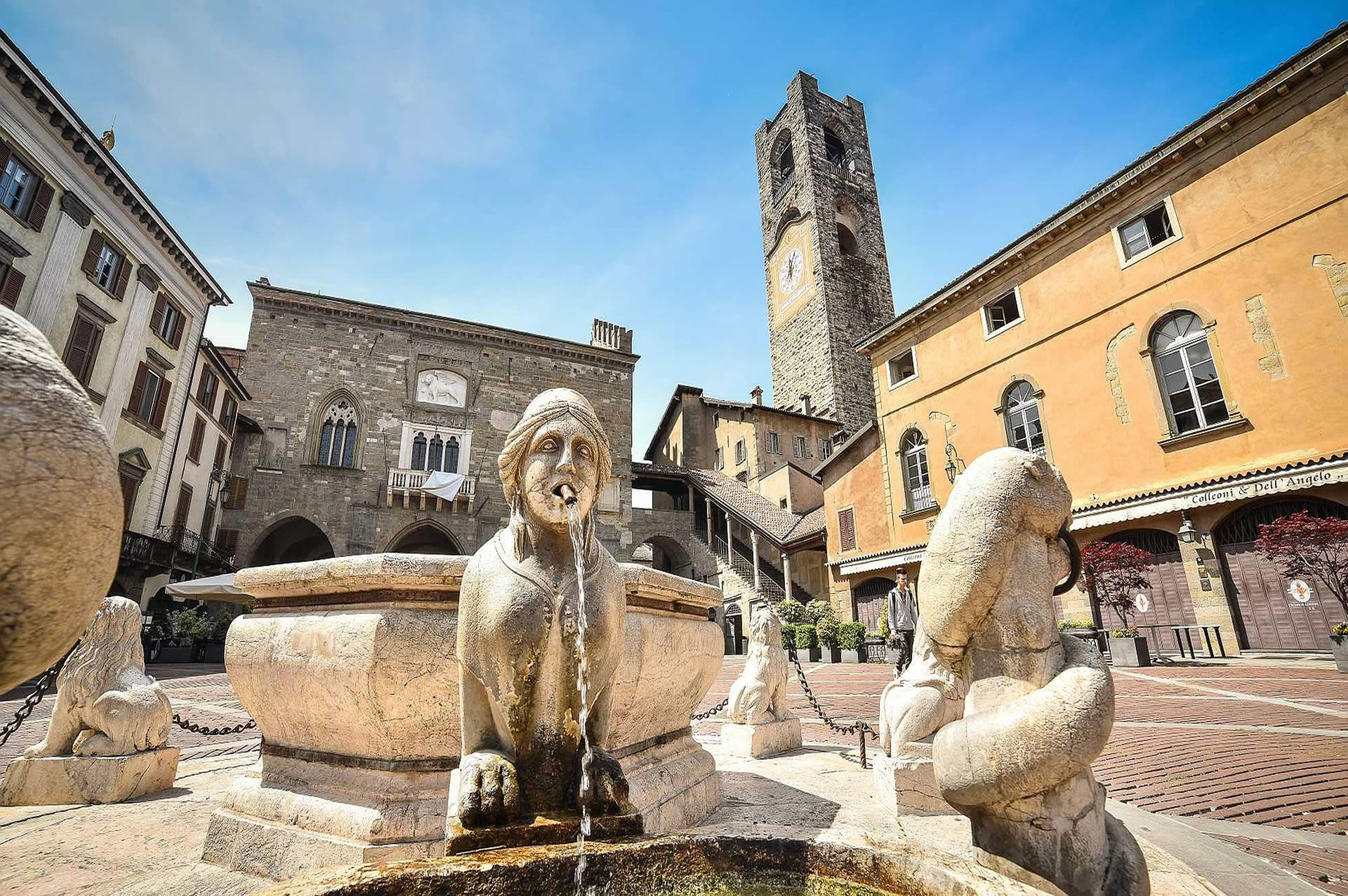 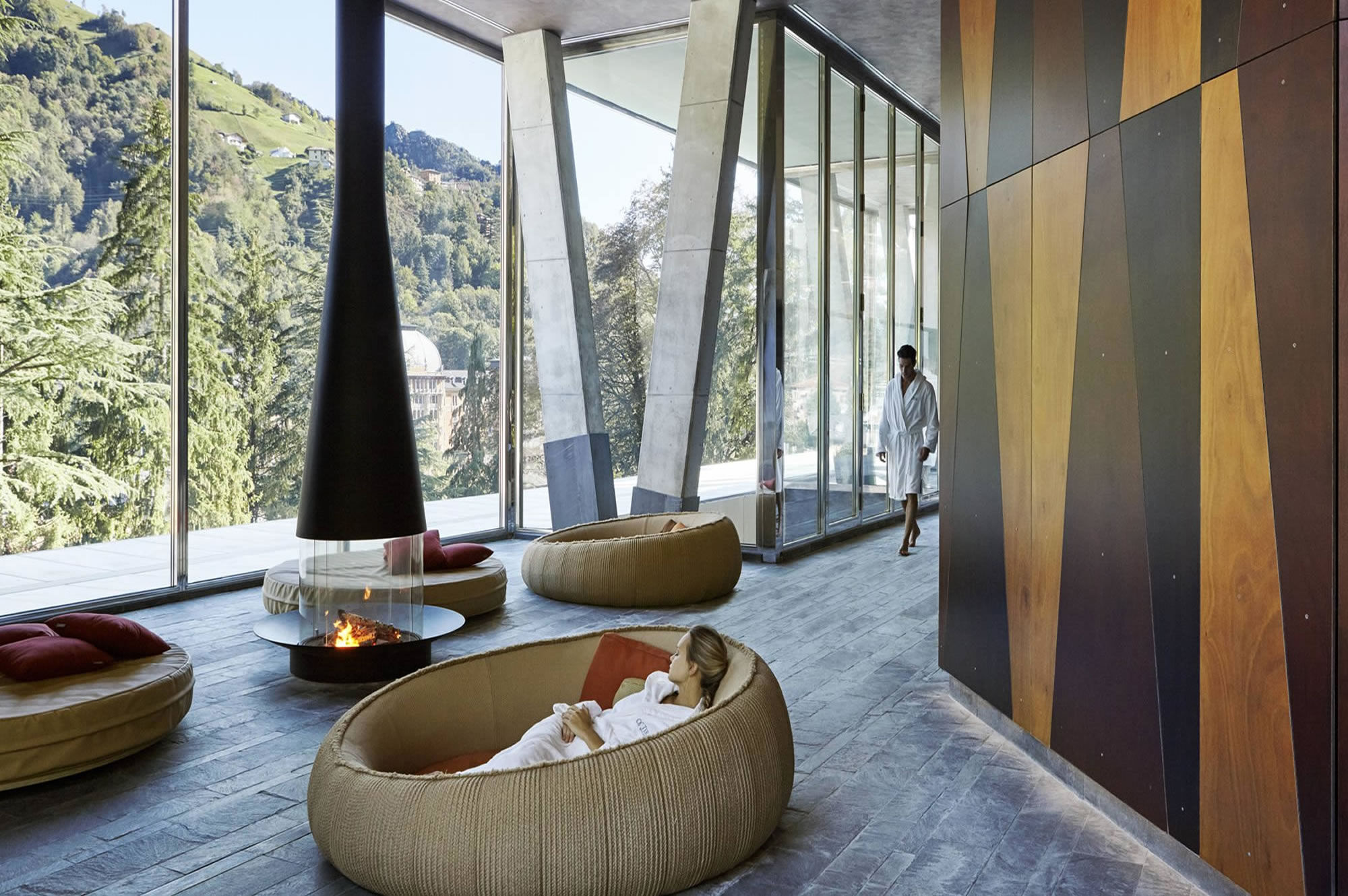 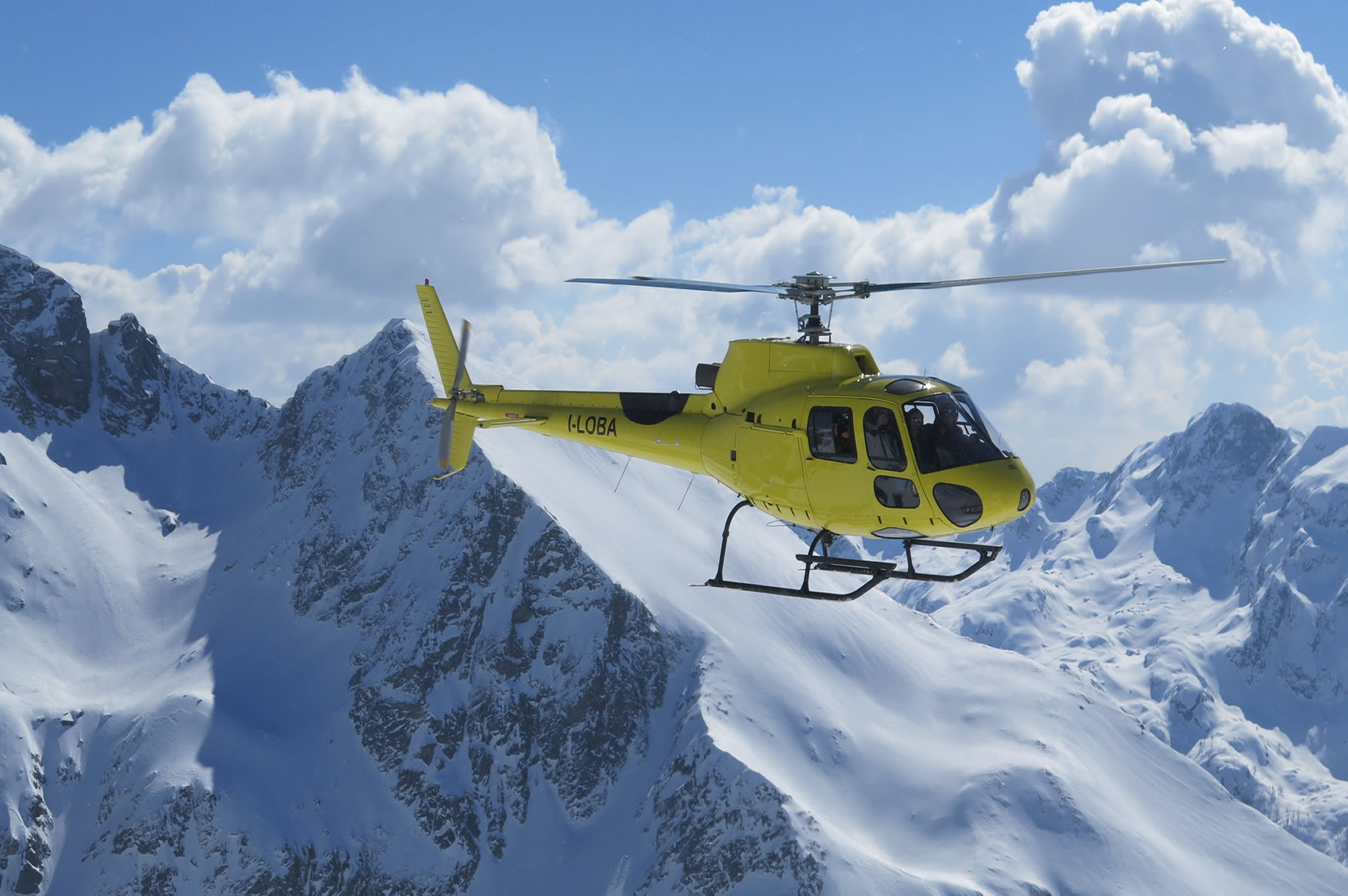 The room can be cancelled without penalty within 3 days before the day of arrival.
In case of no-show or cancellation after that period we will charge the first night.

Animals are not allowed.

Tax of stay € 4 per person/per day.
Children under the age of 18 are exempt.